FDI in LLP – Can NRI invest in LLP in India? 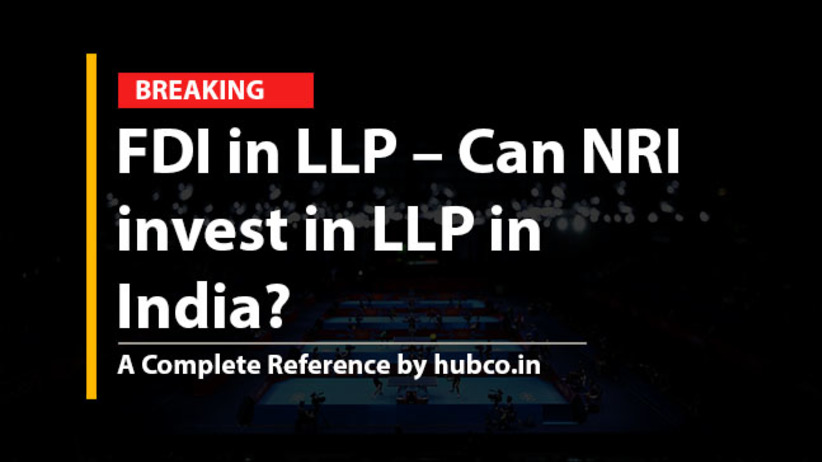 Foreign Direct Investment (FDI) in LLP is one of the most asked questions by the NRI or person resident outside India since LLP is cheaper to form and also have lesser compliances as compared to a private Limited company.

However, the only fact which makes the LLP registration by NRI uncommon is the law regarding foreign direct investment in LLP. In other words, NRI or person resident outside India are not aware whether it is allowed to invest under LLP or not.

However, before getting ahead with our question, we need to first understand the two basic routes of foreign direct investment (FDI) in India:

Let us now proceed and discuss the answer as to whether FDI in LLP is allowed or not.

As per the latest FDI policy, FDI in LLP is allowed under automatic route where the government has allowed 100% FDI in the respective sector and there is no FDI linked performance conditions.

In other words, if the government allows 60% for any sector, then FDI in LLP is not allowed under the automatic scheme. In that case, prior permission of the government shall be required.

Let us also understand this case by the following table:

Downstream investment by LLP into another Indian LLP or company

As per the FDI policy, the LLP is also allowed to make a downstream investment into another company or LLP in sectors in which 100% FDI is allowed under the automatic route and there are no FDI-linked performance conditions.

Any conversion of LLP into a company is allowed under automatic route which already has accepted foreign investment and which are operating in sectors/activities where 100% FDI is allowed through automatic route and there are no FDI linked conditions.

In case you want to set up business in India or need any help for investment into India, then please email us at info@hubco.in.