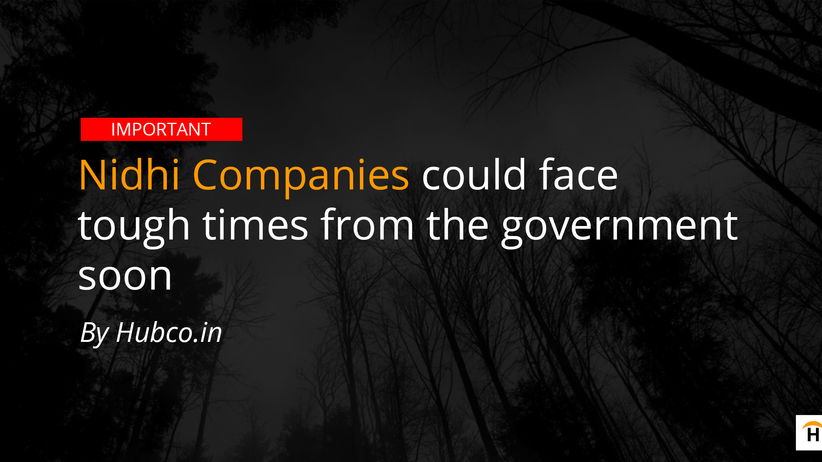 If you are running a Nidhi Company or you are related to any activity of Nidhi Companies including raising illegal funding by luring offers and then diverting the funds to other business or spending it on luxury, then you might face tough times by the government.

In the recent times, the Narendra Modi government is getting tough every person who is corrupt or using its position to deceive people at large for undue advantage.  The recent crackdown is as follows;

This clearly shows that government has planned to attack frauds and potential frauds and hence, we are witnessing a new form to be filed by Nidhi and other companies by which government wants to analyze it first before attacking.

Let us understand as to why we think that private companies, closely held public companies and Nidhi Companies could face the wrath of the government anytime soon.

As per the report, government finds that most of the frauds happen when people start using system loopholes to deceive people at large. In case of Nidhi Companies, various complaints and FIR’s has been recorded for frauds by the promoters.

Also, the Supreme Court of India has accepted the SLP filed by various people against the government of Pondicherry and PNL Nidhi Companies for 2000 crore fraud. The SLP alleged that Nidhi Companies are used to take funding by luring people of earning higher interest than banks and then the promoters runs away with money.

The Supreme court has issued various guidelines and stringent action against the PNL Nidhi Companies, its promoters and every person related to it.

Some time back, RBI has also issued guidelines to state government regarding potential fraud with Nidhi Companies. It alleged that Nidhi companies uses the benefit of loopholes of no cap on membership and thereby makes people their member and deceive it.

With all the above feedbacks and reports, the government finally acted and introduced Nidhi amendment rules, 2019 and making it mandatory to file FORM NDH – 4, to analyze data about Nidhi companies working.

As seen practically, only 2 out of 10 Nidhi companies works in consonance with the Nidhi rules, 2014, and rest works according to their own wishes and needs.

Hence, after receiving the NDH 4 by thousands of Nidhi Companies, the government will take the appropriate action against every defaulting Nidhi Company and we are very serious about that.

If you are running a Nidhi Company, but not in consonance with the rules, then we advise you to contact our experts and make your company Nidhi rules compliant, otherwise it would not be soon when government crackdown will start on Nidhi and every person related to this larger scam.

Nidhi Amendment Rules 2019 - All About NDH-4 - Meaning, procedure and filings