Now, No GST on advance received for supply of goods: Govt 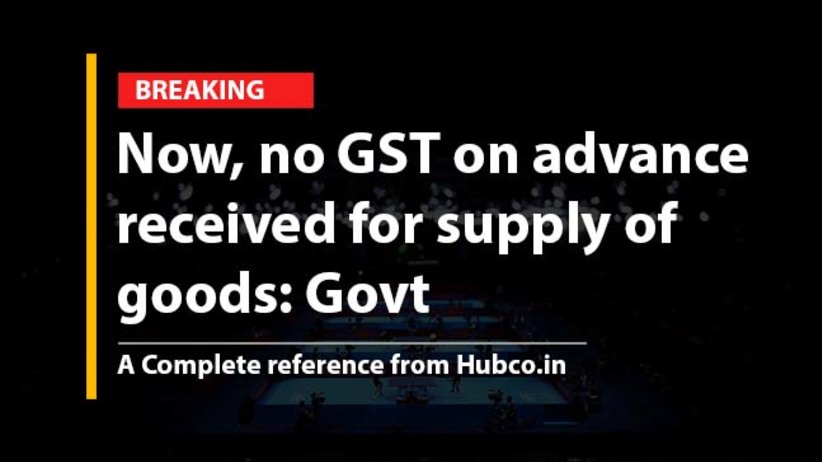 This notification of the government will provide significant relief to the taxpayers who were facing the problem of liquidity due to payment of GST on advance. Now, this problem has been resolved by the government.

The text of the notification is as follows:

In exercise of the powers conferred by section 148 of the Central Goods and Services Tax Act, 2017 (12 of 2017) (hereafter in this notification referred to as the said Act) and in supercession of notification No. 40/2017-Central Tax, dated the 13th October, 2017, published in the Gazette of India, Extraordinary, Part II, Section 3, Sub-section (i) vide number G.S.R.1254(E), dated the 13th October, 2017, except as respects things done or omitted to be done before such supercession, the Central Government, on the recommendations of the Council, hereby notifies the registered person who did not opt for the composition levy under section 10 of the said Act as the class of persons who shall pay the central tax on the outward supply of goods at the time of supply as specified in clause (a) of sub-section (2) of section 12 of the said Act including in the situations attracting the provisions of section 14 of the said Act, and shall accordingly furnish the details and returns as mentioned in Chapter IX of the said Act and the rules made thereunder and the period prescribed for the payment of tax by such class of registered persons shall be such as specified in the said Act.

In case of any doubt, please email us at info@hubco.in